The world of gods and immortality 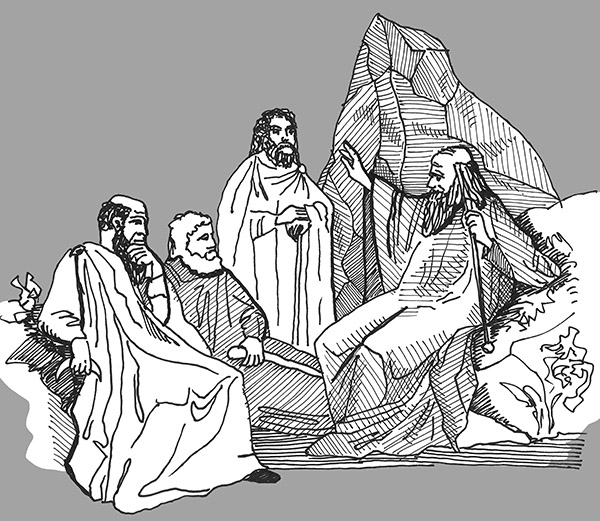 “By Teutates!” Gods, charms and the rules of worship

Celtic religion was probably similar to ancient shamanic beliefs that everything has a soul: celestial bodies, mountains, moors, rivers, plants, animals and humans. And so alongside their tribal deities and mother goddesses, the Celts also worshipped natural phenomena. Animals were thought to be divine or the manifestation of a god or goddess. Certain objects and symbols had magic powers.

Although tribes which became part of the Roman Empire had to make offerings to Roman gods, they were still allowed to practise their own religions. Only if tribes fought against Roman rule were they persecuted for their religious beliefs. The Romans considered it particularly important to venerate the emperor and members of his family. Everybody had to participate in those special festivals.

“Oh there you are again! I’ve just got back from Barbarossa Gorge here on the mountainside. On the bank of the holy waters I had a lesson with grandfather Gannicus, our Druid. As a future priestess I have to know everything about the sanctity of life and death, of course. Gannicus told me that the souls of our slain warriors are born again in the cauldron of rebirth. Then they journey to the Land of Youth, our Otherworld. Gannicus said that that applies to all living things. And that the winds guide their souls. The Romans have different beliefs. They think that when you die, you end up in a kind of shadowy place below the earth where the deceased wander around as shadow creatures. They call this netherworld Hades. Whatever will they dream up next? They’re crazy, the Romans!”

What did the Celts and Romans believe about an afterlife? Do you know the answer?