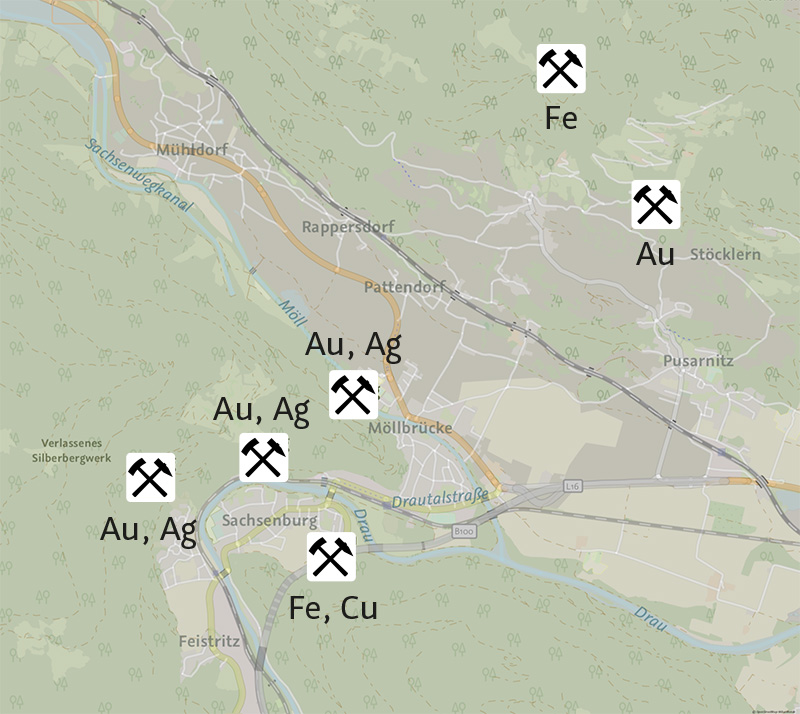 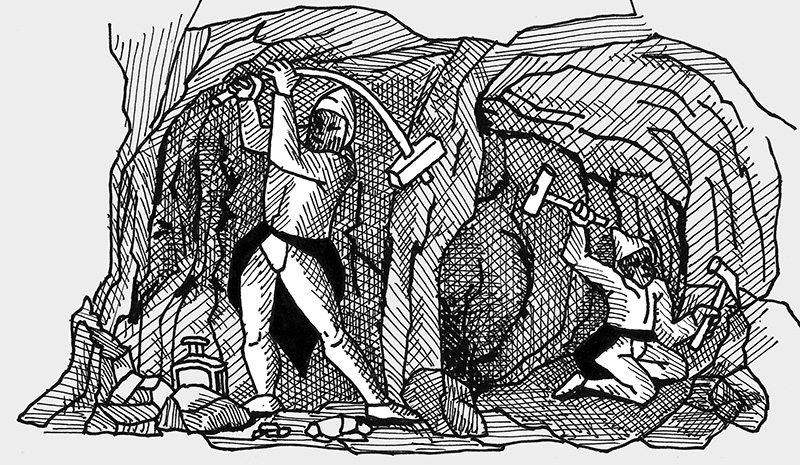 The Celtic settlement of Argentum was located here on the plateau, close to the River Möll. That wasn’t only for reasons of safety. On the northern slopes of Salzkofel peak, silver had been mined since ancient times. It is very likely that many of the Celts from the region, as well as their slaves, were involved in mining, smelting and processing. Silver was very valuable and so there was probably a relatively large group of experienced warriors in the area to provide protection. The proceeds from mining brought a certain degree of wealth to the Celts. But also worries, because the precious metal had to be stored and transported safely.

“Look at the plateau, that’s where I live. There’s a lot going on there right now. Men, women and mules are carrying baskets full of stones down from the mountain into our village. There’s something very valuable concealed within the stones – silver. And somehow we have to extract that from the stone. With the help of fire. It’s hard work and grandfather Gannicus says that I should steer well clear of it. My father Atestas doesn’t stop telling me how important this work is for our tribe. The Romans value our mining activities a lot. There’s also gold to be found – higher up in the Tauern mountains. The Romans store it in the closely guarded gold workshop up on Magdalensberg. And then they transport the gold bars to Rome where they are used to cast and mint coins, amongst other things.”

A question for bright sparks: Why were gold and silver so important for the Celts and the Romans?