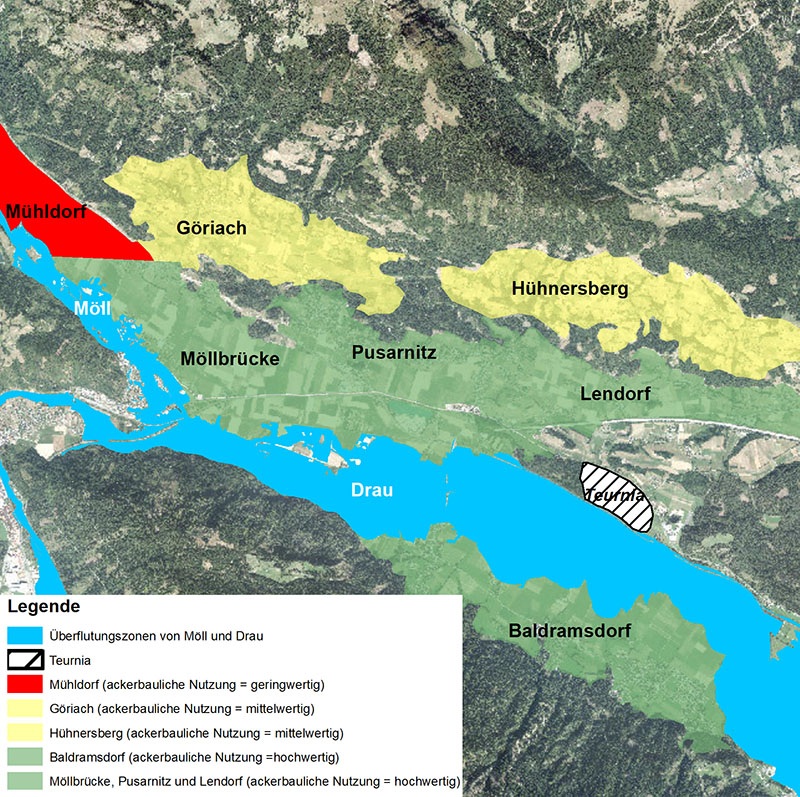 Roman chroniclers claim that the Celts loved eating meat. In their dwellings they sat around the open fire on hay, wolf skins or dog pelts, eating meat on skewers or out of large cauldrons. They enjoyed inviting friends – and strangers – to banquets, including staged fights.

Wild animals great and small were an important source of food for the inhabitants of Noricum as the area was still largely uncultivated. The Celts in Mühldorf even had their own domesticated animals, mainly sheep and goats. But they also kept pigs.

Alongside meat, pulses like fava beans were an important source of protein. Spelt, emmer, einkorn, barley and millet, as well as rye later on, were used to make bread and porridge. Wheat was used to brew beer. If they could afford it, Celts drank wheat beer with honey.

One of Gannicus the Druid’s tasks was to bless the animals in the village, including the two ravens belonging to the chieftain Atestas. “You, too, Matugenta, will have to take care of the animals, as soon-to-be priestess. Their well-being is our well-being,” the Druid explained.

“So I’ll also be responsible for the animal sacrifices?” Matugenta asked cautiously.

“Yes, that’s the task of Celtic priests and priestesses,” Gannicus nodded. “The bear goddess and horse goddess protected you while you were growing up. You will then serve them and worship their sacred animals in particular.” Matugenta looked at the small herd of cattle which belonged to the village. These were working animals, used to pull waggons and ploughs. “The ones who have to work so hard should also be well protected,” Matugenta thought.

What kind of food did the Celts eat? Do you know the answer?